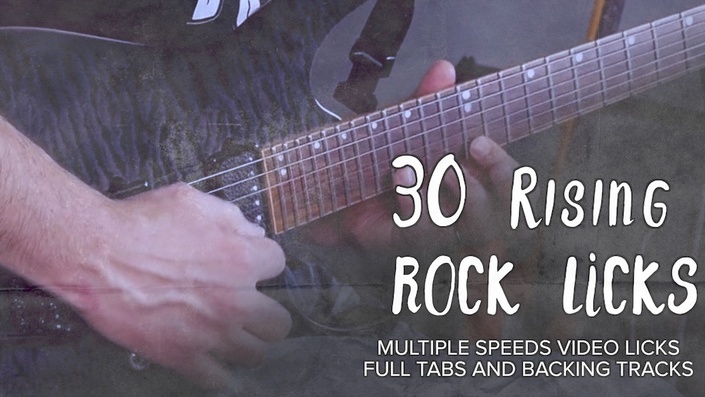 Adding a fusion sound to your solos doesn't have to be complex.

The coupon code you entered is expired or invalid, but the course is still available!

This brand new pack from the very talented Vladimir Shevyakov is packed with 30 super inspiring rock guitar licks. Each lick was filmed in HD video at multiple speeds showing you exactly how to play them. Also included are all the guitar tabs in PDF and Guitar Pro format. This lick pack also comes with 3 high quality backing tracks giving you a chance to develop the ideas taught in the pack.

This new Guitar Playback pack will help you incorporate new rock techniques to your playing in a very fun and inspiring way. 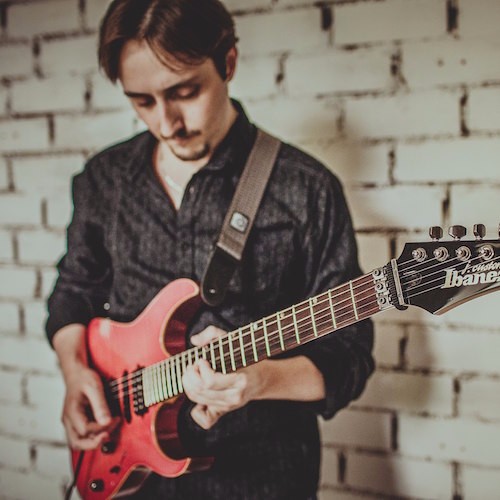 Vladimir was born in Stavropol city, Russia. At the age of 13-14 became interested in guitar. During this period, he began taking classical guitar lessons in a music school. A little later started to get an electric guitar. And with it came the first influences such as Metallica, Van Halen, Def Leppard, Iron Maiden. At this time he was very interested in the guitar, and practiced a lot. Created his first band. Later, he began to discover new sides of music, new styles such as progressive rock and metal, instrumental rock. And of course new influences. Rush, Dream Theater, Symphony X, Joe Satriani, Steve Morse, Steve Vai. Next he began to open territory of fusion music, and some new artists such as Frank Gambale, Greg Howe, Al Di Meola, Scott Henderson. This gave a new push to practice, try to become a better musician.

Now Vladimir lives in Moscow and working as a session musician with various artists. As well as working on his own material, planning to soon release his first solo album.

When does the course start and finish?
The course starts now and never ends! It is a completely self-paced online course - you decide when you start and when you finish.
How long do I have access to the course?
How does lifetime access sound? After enrolling, you have unlimited access to this course for as long as you like - across any and all devices you own.
What if I am unhappy with the course?
We would never want you to be unhappy! If you are unsatisfied with your purchase, contact us in the first 30 days and we will give you a full refund.
off original price!

The coupon code you entered is expired or invalid, but the course is still available!